Waiting on Wednesday - In the After 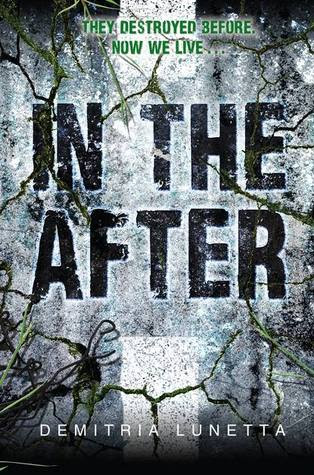 In the After av Demitria Lunetta
Releasedatum: 25 Juni 2013

They hear the most silent of footsteps.
They are faster than anything you've ever seen.
And They won't stop chasing you...until you are dead.

Amy is watching TV when it happens, when the world is attacked by Them. These vile creatures are rapidly devouring mankind. Most of the population is overtaken, but Amy manages to escape—and even rescue “Baby,” a toddler left behind in the chaos. Marooned in Amy’s house, the girls do everything they can to survive—and avoid Them at all costs.

After years of hiding, they are miraculously rescued and taken to New Hope, a colony of survivors living in a former government research compound. While at first the colony seems like a dream with plenty of food, safety, and shelter, New Hope slowly reveals that it is far from ideal. And Amy soon realizes that unless things change, she’ll lose Baby—and much more.
Upplagd av Petra kl. 11:57