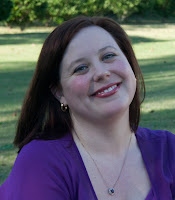 
9. “I was just about to get up when Dad rushed into the kitchen. He was in pajamas, which was totally bizarre. Dad never came down to breakfast until he was completely dressed. Of course, his pajamas even had a little pocket and handkerchief, so maybe he felt dressed.”
- Spell Bound


8. “Sophia Mercer," Elodie intoned, "we have come to induct you into our sisterhood. Say the five words to begin the ritual."
I blinked at her. "Are you freaking kidding me?"
Anna gave an exasperated sigh. "No, the five words are 'I accept you offer, sisters.”
- Hex Hall


7. “Cal had been waiting for us at the pond. When he’d seen me, he’d given me a barely perceptible nod, which was the Cal version of waving his hands over his head and yelling, “Hey, Sophie!”
- Demonglass


6. “...And of course, your dad was always talking about you, so between him and Jenna, I feel like I already know you.”
Man, first Cal, then Lara and the other Council members, now Vix. Did Dad have a blog about me or something? “My Daughter Sophie and Why You Should All Follow Her and/or Marry Her.”
- Demonglass


5. “The hand on my hair moved to my back, and I realized someone was singing softly. The voice was familiar, and something about it made my chest ache. Well, that was to be expected. Angels' songs would be awfully poignant.
"'I was working as a waitress in a cocktail bar, when I met you...'" the voice crooned.
I frowned. Was that really an appropriate song for the Heavenly Host to be--”
- Spell Bound


4. “As I stomped across the school grounds, all I could see was Cal sitting with my dad in some manly room with leather chairs and dead animals on the wall, chomping on cigars as my dad formally signed me away to him. They probably even high-fived.”
- Demonglass


3. “You can't do a blocking spell, and you've never heard of L'Occhio di Dio? Man, what kind of witch are you?"
I had an incredibly nasty retort ready that involved his mother and the U.S. Navy, but before I could get it out....”
- Hex Hall

His head popped up a few shelves over. “What?”

“Check out the magic crap.”

He shot me a look. “Oh, is that what we’re supposed to be doing? Because I’ve just been drawing hearts and our initials in the dirt.”
- Spell Bound

1.  “I heard the man and woman cry a warning as I frantically racked my brain for some sort of throat-repairing spell, which I was clearly about to need. Of course the only words that I actually managed to yell at the werewolf as he ran at me were, 'BAD DOG!'

Then, out of the corner of my eye, I caught a flash of blue light on my left. Suddenly, the werewolf seemed to smack into an invisible wall just inches in front of me....

"You know," someone said off to my left, "I usually find a blocking spell to be a lot more effective than yelling 'Bad dog,' but maybe that's just me.”
- Hex Hall