The Beast of Callaire Cover Reveal 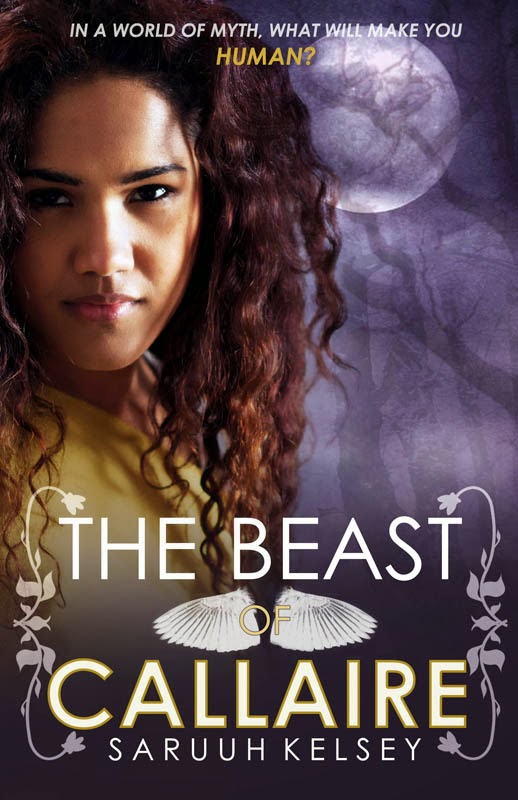 Yasmin is a descendant of the Manticore. A creature of Persian mythology. A Legendary.

But she doesn’t want to be. Unlike the Legendaries in The Red, Yasmin wants nothing more than an ordinary life. She tries to fool herself into believing that she doesn’t change into a beast every full moon and savagely kill innocent people.

But when Yasmin starts hearing a voice in her head and is drawn into dreams that aren’t her own, she is led to Fray—a girl who once saved Yasmin from hunters, who has shadowy memories that hint at her having Legendary magic—and Yasmin is catapulted into a life of Majick and malevolence.

Despite the danger around her and Fray, Yasmin might finally have a chance at being a normal girl with a normal girlfriend. But with Legendaries being killed, a war between the Gods brewing, and the beast inside Yasmin becoming stronger each moon, her mundane life is little more than a dream.

Saruuh Kelsey is the author of the Lux Guardians series. Her debut and the first in series, THE FORGOTTEN, a YA science fiction set in Victorian London and London 25 years in the future, is out now for free. Book two, THE REVELATION, releases October 7th. THE BEAST OF CALLAIRE, the first novel of a new YA fantasy series, with a same sex paranormal romance, is out May 20th. 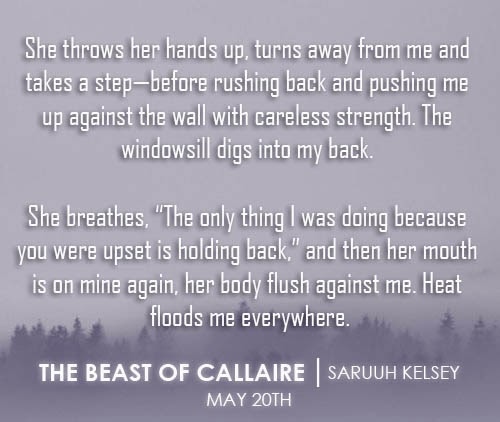