Top Ten Tuesday - Resolutions I Have For 2016

Varje tisdag anordnar The Broke and the Bookish en Top Ten Tuesday.
Här ger man sin Topp 10 i veckans valda ämne som denna vecka är:
Top Ten Resolutions We Have For 2016 (can be bookish, personal resolutions, "I resolve to finally read these 10 books, series I resolve to finish in 2015, etc.) och som jag har omvandlat till;
Top Ten Five Book Series I Resolve to Catch Up On and/or Finish in 2016. 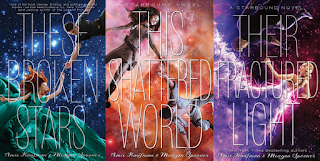 5. Starbound by Amie Kaufman & Meagan Spooner
I've read the first one when it was released, and I'm planning on re-reading it and the other two
pretty asap. 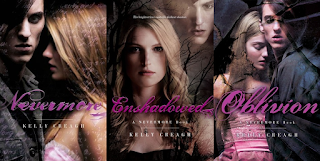 4. Nevermore by Kelly Creagh
I read the first two in 2012, and absolutely loved them. I counted down the days for the third one, but for some reason I didn't pick it up last year. I will this year though, cause I can't wait to see how it will end.

3. Daughter of Smoke and Bone by Laini Taylor
I can't believe I've only read the first book so far. Especially since I loved it so much. But I will catch up and finish this series in 2016. I just have to. 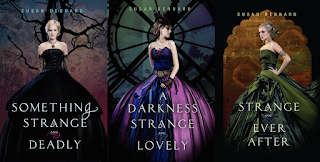 2. Something Starnge and Deadly by Susan Dennard
Yet another series in which I've read, and loved, the first book, but haven't continuing with the rest of the series. I'm planning on reading it this year though.

1. The Lunar Chronicles by Marissa Meyer
I've read Cinder, and I own all of the books. Except Stars Above, which I've pre-ordered, and I'm planning on marathoning the whole series around February/March sometime.
Upplagd av Petra kl. 12:07